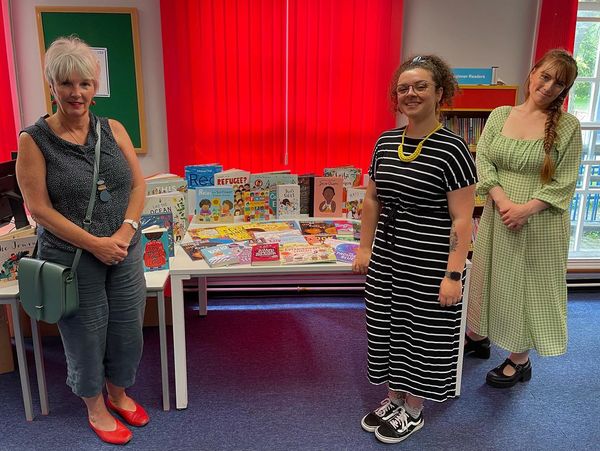 Hythe Food & Drink Festival Authors’ Tent – Who will be inside?

Following the success of our Authors’ Tent at the Hythe Late Summer Market last year, we have decided to make it a feature of our Hythe Food & Drink Festival returning to Holman’s Field from 16th – 18th July 2021!

Who Will be Inside the Tent?

This year, in the Authors’ Tent, we have a wide selection of authors:

In addition, we’ll also be joined by Books for Change, who are raising money for books for nurseries, primary and secondary schools in Hythe and Folkestone.

The Little Writing Group that could…

Also in the tent over the weekend will be a contingent from Folkestone Writing Group, Write by the Sea. Led by Karen Marwood, the group has been going since 2018. They performed some of their stories at Christmas 2019, at the Folkestone Living Advent Calendar and have had author events at Chambers in Folkestone. Over the recent rather grim winter coronavirus lockdown, they’ve had to meet on Zoom. Together, they have produced two anthologies of short stories, poems and plays set in and around Folkestone – Ghosts by the Sea and, more recently, Doorways to the Sea, which was inspired by Folkestone’s beach huts. Ghosts will be on sale at the Festival; Doorways is available on kindle and the paperback is in production. Wherever you are on your writing journey, or if you are an avid reader, they would love to meet you.

Interested in Finding out More About our Authors? – Check out their Bios in more Detail Below: 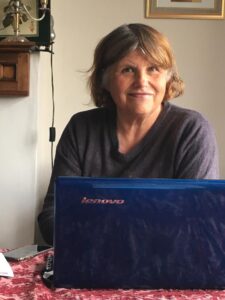 Debby Jones is a genealogist, writer and editor. She is the co-author, under the pen name D A Kent, of Dateline Haifa, the first book in a planned series entitled The Clements Chronicles, about two young London private investigators who are sent on a mission in 1948 which takes them across to France, Italy and down to Israel in a breath-taking race against time. Debby has also contributed to and edited Ghosts by the Sea, an anthology produced by Folkestone Writing Group, Write by the Sea during the recent rather grim winter lockdown. Another anthology is in the pipeline. Watch this space.

Debby grew up in Hythe and attended Folkestone Grammar School for Girls and then the Universities of Sussex and Aix en Provence, where she studied Law and French. She worked for the European Commission in Brussels as a “stagiaire” or graduate trainee, and then worked for Lloyd’s of London and as a private investigator before setting up her own genealogy business. She also helps on the real ale bar at Zoom Events. 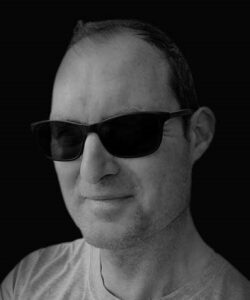 Mark was inspired to write after a local wildlife area was threatened by housing development.

“I wrote The Prince’s Parade, a children’s story which explores not only how amazing nature is but also its power to heal. Wild spaces are the next generation’s ‘natural heritage’ and are vital for the survival of the human race. I find being outside and having access to wildness essential for my own mental health – I am not alone!” 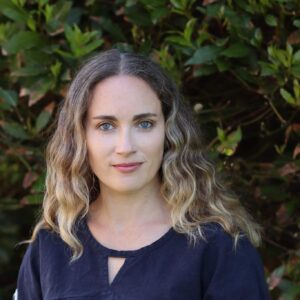 Emma Rosen and her husband live in Kent and have three adorable children and a silly dog.

After ten years as a biology teacher, Emma now focuses entirely on writing, with particular interests in marine ecology, early parenting and independent publishing. She has degrees in marine biology and in education.

Emma is passionate about breastfeeding and volunteers as a peer supporter at a local group. When she’s not writing, or having fun with her family, Emma makes YouTube videos, spends time by the sea and sings in a band. 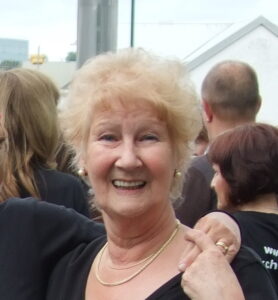 Married for the second time, Joy has one son, two stepdaughters and a stepson, along with six grandchildren and three great grandchildren.

During her career, Joy worked in nurse management but found she was missing being at the patients’ bedside. Life post-retirement afforded the opportunity to once again have some hands-on experience; Joy joined the Hospitals’ flex-bank nursing service and worked back in the public domain as a trained nurse for a few hours each week at the local hospital in Ashford, Kent. Finally leaving her long career in 2015 gave her the opportunity to write more books. Joy’s hobbies include writing, seeing other parts of the world and looking after grandchildren and three cats – Molly, Lucy and Lily.

Joy has conducted many British female voice overs, including audio-books, advertisements and poetry. She has published several books and stories – the first, Figs, Vines and Roses, came out as an e-read in January 2013 – a historical romance (fictional but with many elements of fact.)

Joy’s second book, The Liberty Bodice, is set in 1922, leading up to the second world war, and it is about an SOE operative, before and during the war years. It was published in 2015. A third book, a novella, Time’s Pendulum swings again, came out in 2017; it’s a medical romance that goes badly wrong. It won the Firebird Book Award from Speakup Talk Radio. In her most recent publication, Strawberry Moon, which came out in 2019, Joy returns to France, this time to the Dordogne. 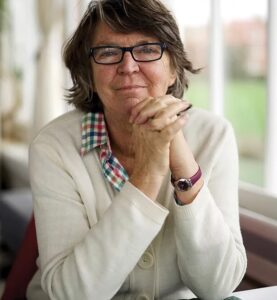 Diana will be bringing her autobiography Home, how I learnt not to run away. She is currently the Arts writer for Kent Life magazine and her full bio can be found on her own website here 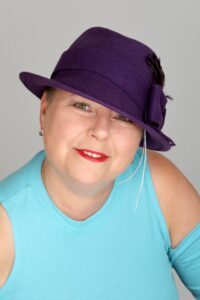 Colette Kebell is an author of Chick-lit/Romcom, Crime Thrillers and via an alter ego Raunchies, though a relatively new one and thus far has self-published her books. Her books are light-hearted, fun and quirky and even considered by some to be inspirational.  She has also found avenues to translate them into Italian (thanks to her husband), and into French, Spanish and Portuguese via Babelcube.

As a career, Colette spent her later years as a legal secretary. After a first attempt at writing many years ago (a book that still remains in her drawer) she resumed this passion a few years back, after being made redundant.  After a few book signing events and a book talk, which almost caused her to collapse with nerves, Colette now spends her time between her home in the UK and her home in France.

Colette has two adorable dogs and spends some time, when not writing and marketing her books, cooking for herself and her husband, gardening or designing various items for their home.  Amongst her other hobbies, she has also experimented with furniture upholstery, and she might, from time to time, have a paintbrush in her hand. 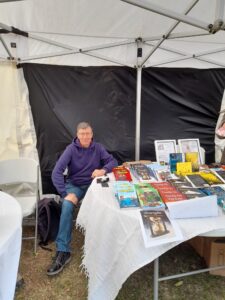 Paul Robinson began writing children’s stories in 2015, after forty years as a teacher and educational adviser. One of the main characters in his books is Charlotte Holmes, a profoundly deaf teenage detective. Paul was very proud recently to have been invited to join a select group of authors, when he was commissioned to write a Lucy Wilson novel. He writes children’s crime and science fiction, and has contributed to both Write by the Sea’s recent anthologies. 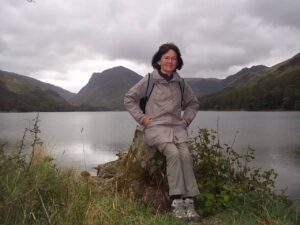 A senior teacher of Czech origin, Jana has lived in the UK for twenty-four years. She enjoys gardening, country walks, tai-chi, swimming, creating mosaics, painting pebbles and writing fiction. In her writing, Jana focuses on the life stories of English people and of Czech people who have settled in the United Kingdom and the problems they face in adapting.

Jana has written books in both English and in Czech, including Goodbye Comrades, her life story, which tells how she came to England. 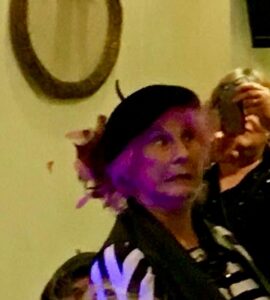 Carol Grimes has been singing for her supper since the late sixties. She began as a nervous busker and fell in love with singing. Over time, she became a singer songwriter, performance poet, voice movement therapist and a musical director, founding the Sing for Joy choirs in London, for people with neurological and other conditions, and she directed them for many years. She has recorded in the UK, in the United States, Sweden, the Isle of Jura and Poland. Her first book, the Singer’s Tale, was published in 2018 and is available from Amazon. 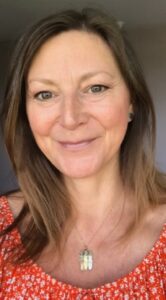 Jo Bavington-Jones was born in Dover in 1967, where her father owned the local newspaper. After attending Dover Girls’ Grammar School and subsequently obtaining an Honours Degree in English and American Literature from the University of Kent at Canterbury, life took Jo away from writing for many years. It was redundancy in 2016 that spurred Jo on to write and she has now published four novels, all with The Conrad Press: Lucy Shaw’s Not Sure, Lucy Shaw Wants More, The Write Way to Die, and A Giraffe Thing. Jo is currently writing book five, The Bonfire Buddleia, a story of three sisters, historic abuse and a missing girl. The Write Way to Die is Jo’s first crime novel and is set entirely in Folkestone, inspired by a local writing group and the Triennial art installations. 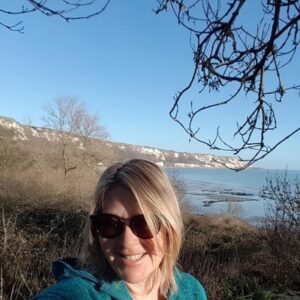 Michele worked as a print journalist for many years and her short stories have been published in many different magazines and anthologies and been short listed in for the Bridport Prize and the Colm Toíbín International Short Story Award among others. Alongside arts organisation Hand of Doom, she was commissioned by Kent Wildlife Trust to write an audio trail for Cromers Wood next to Kent Science Park and project manages Folkestone StoryMap. In 2018, she was commissioned by Canterbury’s Marlowe Theatre to write a play about how we remember World War 1. Her plays have been performed at Dover Castle, Quarterhouse, Folkestone, and London’s Chapel Playhouse and Chiswick Playhouse and her first short comedy film The Beast of Romney Marsh is available on the British Comedy Guide. Her children’s book The Stone of Surinam was published in September 2020 on Kindle and The Mystery of the Missing Fur published last month in paperback. It was inspired by her love of animals and the fact that trade in trafficking animal parts is worth £17 billion a year. She lives in Folkestone with her partner and three children.